What is Immutable Infrastructure?🤔 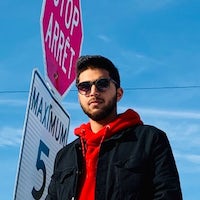 But hey, what is Mutable or Immutable? According to Cambridge Dictionary:

What is Mutable Infrastructure?

Now, in terms of Infrastructure, Mutable implies that the infrastructure will be persistently refreshed, changed, and tuned to meet the progressing needs of the reason it serves. Mutable Infrastructure stretches out to each server and switch that is extraordinary. The IT staff knows every server, its characteristics, and frequently has spent incalculable hours finding where the issue originated from just to determine it since that is quicker and far less terrifying than reconstructing the framework being referred to. This model is the thing that the Information Technology and Services industry has been founded on, and it has directed how it runs.

Example of Mutable in Real World

To better understand the idea of common mutable infrastructure in the IT industry, this is a common use case that shows a server evolving through continually being updated in-place.

Step 2 – Connect to the server

Connect to the server, and apply the latest updates, and install and configure Apache with PHP

Patching the server monthly, for security and support reasons.

This kind of cycle will continue until there is a reason to rebuild the server.

Now that we have covered the concepts, let’s walk through a simple scenario showing how simple immutable infrastructure can be. It can be triggered by a code check-in, which is the first step towards having a continuous delivery pipeline.

Deploying a simple PHP app on Heroku Heroku is a developer-friendly platform for deploying applications. It is an easy first step to immutable infrastructure. With every application you create, you pick a runtime version, and that version is used until the system has to retire it, usually for support or security reasons.

Steps to build and deploy an application called yet-another-test-app:

Now, we set the type of engine we run in on Heroku:

Now it’s time to create a server-side repository that can be accessed by other people (team members) and will be accessible to Heroku.

First, create an account on GitHub and create a public repository (so it is free). Next, push the local git repository to GitHub:

Create an account on Heroku.com and follow the wizard to create an app that is connected to the repository you created on GitHub. Don’t worry, you get one dyno (web runtime) for free. Once you have connected it to your GitHub repository, there are two choices. The first is to enable “Automatic Deploys” which will redeploy the application anytime there is a commit on the GitHub repository master branch. This is the most basic form of continuous delivery you can have.

The second option is “Manual Deploy,” which is a one-time deploy. This takes advantage of Heroku’s immutable infrastructure.

Note: Heroku has an option for a continuous delivery pipeline that is simple and easy to enable and allows additional steps like reviews, and a staging environment that needs to be passed before production. This guide assumes that you are not enabling that feature.

After a deploy, the application becomes available at test-app.h... this step complete, you have now taken advantage of immutable infrastructure created through Infrastructure as Code as part of the continuous delivery model.